Full Name
Abe Hamadeh
Speaker Bio
Abraham is an intelligence officer in the U.S. Army Reserve where he most recently deployed to the Kingdom of Saudi Arabia for 14 months. Abraham managed the training and security cooperation needs for two Saudi security ministries. His direct counterparts were generals, colonels, and lieutenant colonels in the Saudi forces as well as high ranking civilians in their respective ministries.

Abraham is a former prosecutor of the Maricopa County Attorney’s Office. Abraham has appeared in court to prosecute criminals, uphold victims’ rights, and seek justice for the community. Abraham earned his undergraduate degree in Political Science from Arizona State University and earned his Juris Doctor from the University of Arizona College of Law.
Speaking At
Ultra MAGA 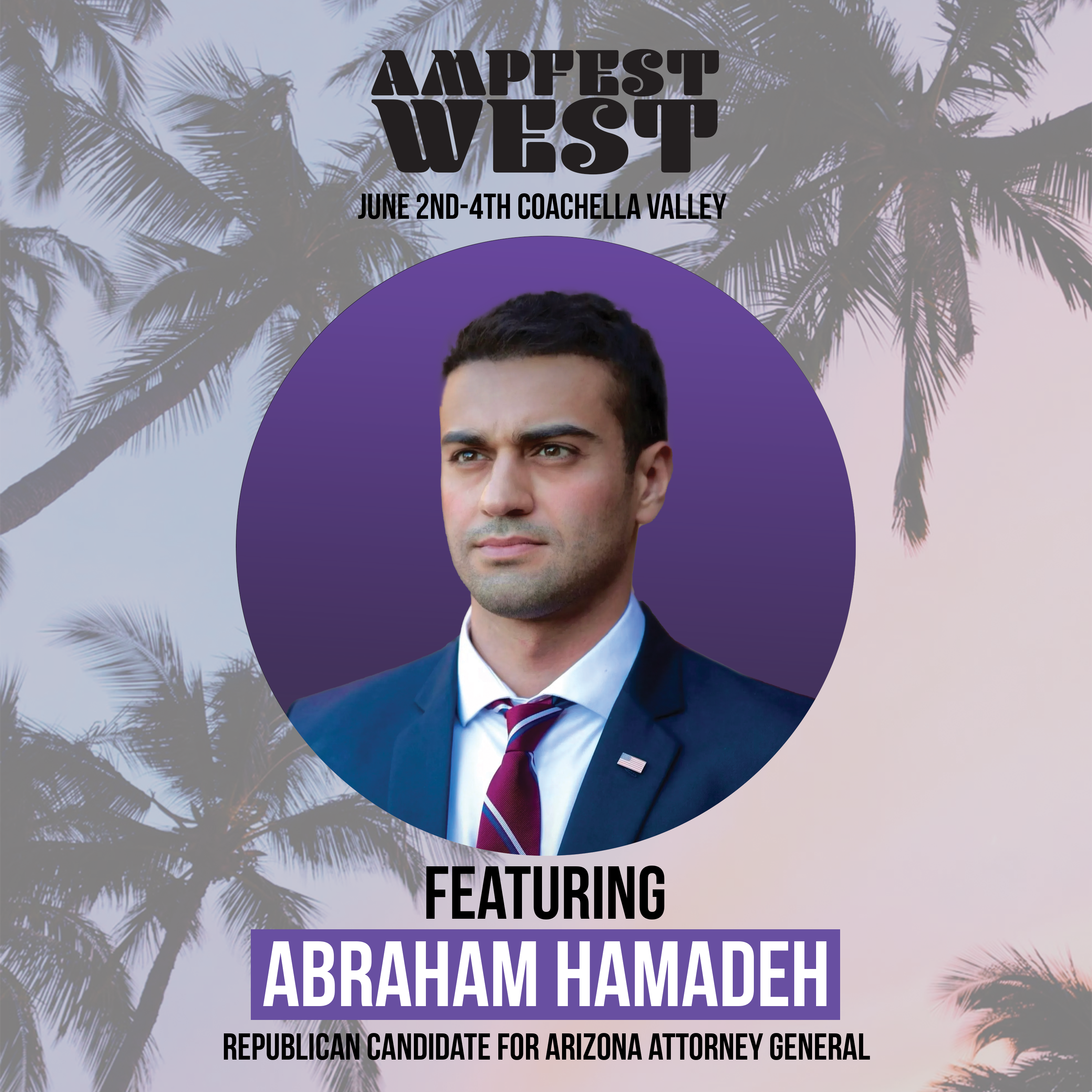